A sculpture along the BeltLine.

Looking up through the sculpture.

Coming out from under I-75.

Dropping down from the Norfolk Southern to the CSX railway.

Rail lines leading off into the distance.

Looking up at the Norfolk Southern bridge.

Making a quick crossing over the Tanyard Creek bridge.

A storage lot for heavy equipment.

Jennifer standing in front of a parked CSX locomotive.

Scrambling up to West Marietta St.

Passing by an abandoned building.

This house has seen better days.

Midtown and Downtown from the BeltWay.

This looks like the start of a horror movie.

We did find the kitchen sink back here.

Emerging from the woods.

This was quite a screened porch at one point.

This was a very pleasant section of the BeltLine to hike.

The makings of a community garden.

A mosiac on the Lucile Ave. bridge.

People asked if we were staging a sit-in.

I'm thinking that this has something to do with the BP oil geyser in the Gulf. 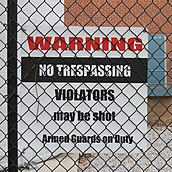 The pixelated entrance to Adair Park.

Jenny with camera and liquid refreshment.

Continuing along a smooth stretch of the BeltLine.

Jennifer walking carefully across the bridge.

A former an industrial trucking site.

A mural by the Mad Society Kings graffiti crew.

An owl under the downtown connector.

Looking through the McDonough St. tunnel.

You could get tetanus by looking at this building too long.

Taking a break under the Berne St. bridge.

It was a perfect afternoon for bullwhip practice and walking around with a shiny 1911.

A loft along the BeltLine.

Something's going on at the Masquarade tonight.

Jennifer on the home stretch.

A bunch of sore feet.